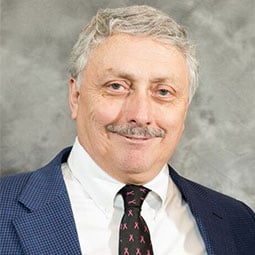 Ben is the Sales & Marketing Manager, Architectural Aluminum Coatings for AkzoNobel, the largest global paints and Coatings Company and a major producer of specialty chemicals with headquarters in Amsterdam, the Netherlands. He manages the fenestration coatings business for residential and commercial building products including R & D, sales, and marketing for the Americas as well as oversight for the Middle East and Asia Pacific markets.

He first joined AkzoNobel Coatings, Inc. in 1990 as a lab technician and then promoted to a senior chemist where he formulated high performance coatings for the fenestration industry before he assumed the position of Global Technical Service Manager, Extrusion Coatings in 1997 before moving into the commercial management role he now holds.

A member of the American Institute of Architects and the Construction Specification Institute, He serves as chair, Finishing Task Group for Aluminum Materials, for the American Architectural Manufacturers Association. In this role, he guides the committee in writing coating specifications for window and curtain wall and commercial construction industries. He is also a member of the Glass Association of North America. He is also a delegate for the Council on Tall Buildings and Urban Habitat which guides specifications on 500 foot or higher construction globally.

When he is not traveling, he enjoys being home in Glenford, Ohio, southeast of Columbus, with his wife, Paula. They have three grown children and seven grandchildren ranging in age from 20 months to 11 years. They also own a Christmas tree farm with over 3,000 trees.

During his lifetime, he has moved twenty-six times and has flown over two million miles.

Ben is a co-author for the Innovative Leadership Workbook for Global Leaders and numerous trade publication technical articles.